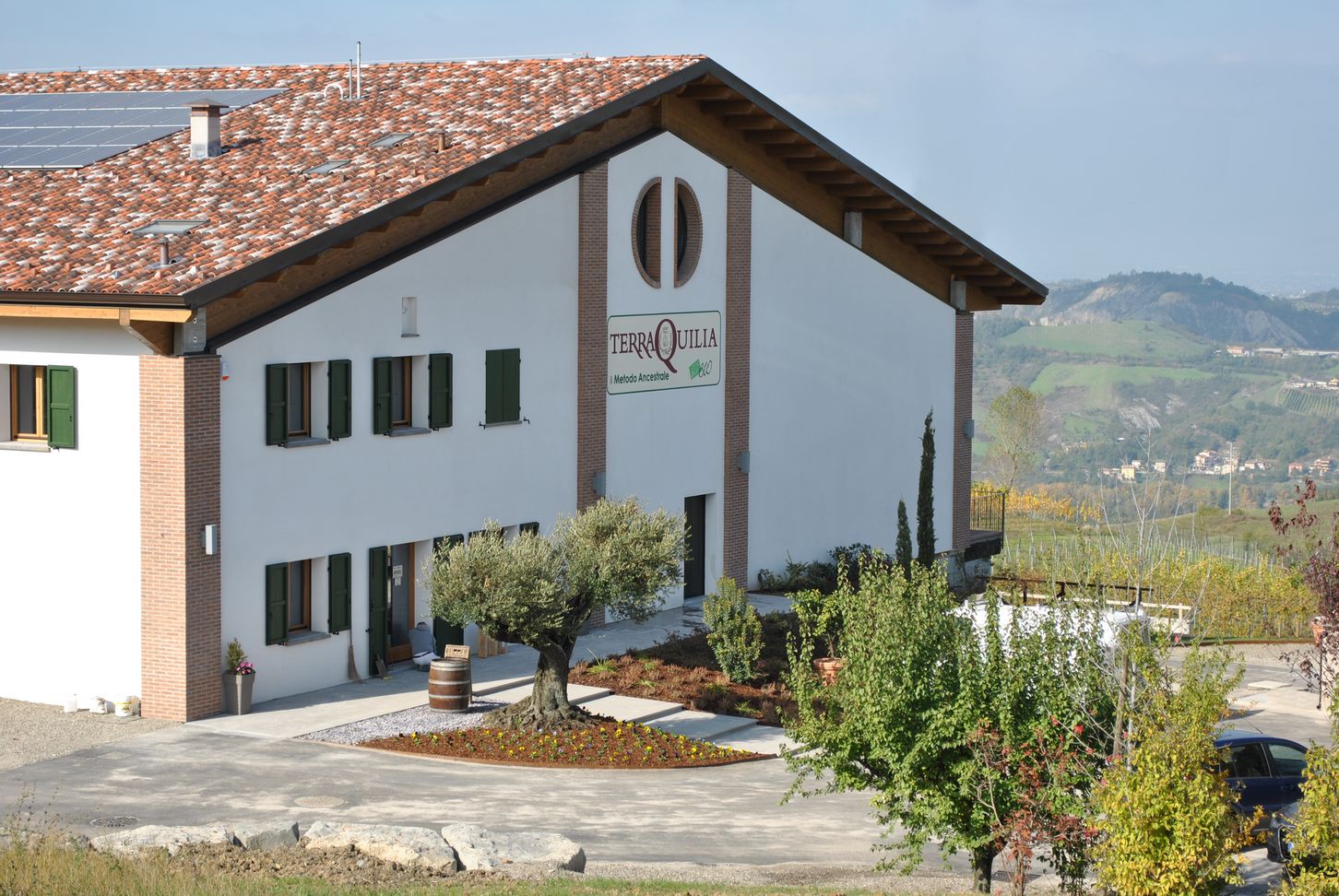 What is it and how you get

All sparkling wines of Cantina TerraQuilia are re-fermented in the bottle with a process that allows you to enhance the organoleptic characteristics: Our METHOD ANCESTRAL, Made even more effective by the absence of filtering.

The name given to this method expresses its ancient origins and its link with tradition and passed down from generation to generation experience. In the absence of appropriate technology, was the nature to dictate the timing of the wine: the last sugar residues, hibernating during the winter to early spring heat could turn into alcohol resulting in a natural fermentation in the bottle.

Today's technology, thanks to the use of vats in a temperature controlled steel, allows us to slow down and finally stop the fermentation, preserving a content of sugar sufficient to ensure the recovery of the same after bottling, without further additions of sugar and yeast.

At the end of fermentation, the yeast residue give rise to a feature sedimentation, defined background in common language, which is a special feature increasingly popular with our customers.

finally produce sparkling wines named “Zero” in which, after a maturation of several months on its lees, the sediment is eliminated after a manual handling (remuage) And an operation disgorgement (Degorgement) Made without ice (the volée), Thanks to a special machine designed by our engineers.